Steer Montana was born on March 23, 1923. He was born on a farm in the Fertile Prairie community east of Baker and lived 15 years and four months. Recorded as the largest steer in the world, he weighed 3,980 pounds, stood 5’ 11” tall, was 10’ 4” long and had a girth of 9’ 2”. Old timers attributed his large size to the whiskey mash that was a by-product of his owner, Jack Guth’s, still. Mr. Guth toured the country with Steer Montana as his main attraction. Upon the steer’s death, Mr. Guth had him mounted and continued to tour. The mounted “Steer Montana” was purchased by Don Foote and displayed in his museum “Wonderland in Billings.” Bernie Heiser later purchased the steer for $5,000 and brought it back to Baker, where it was displayed at Heiser’s Bar before being donated to the O’Fallon Historical Museum. 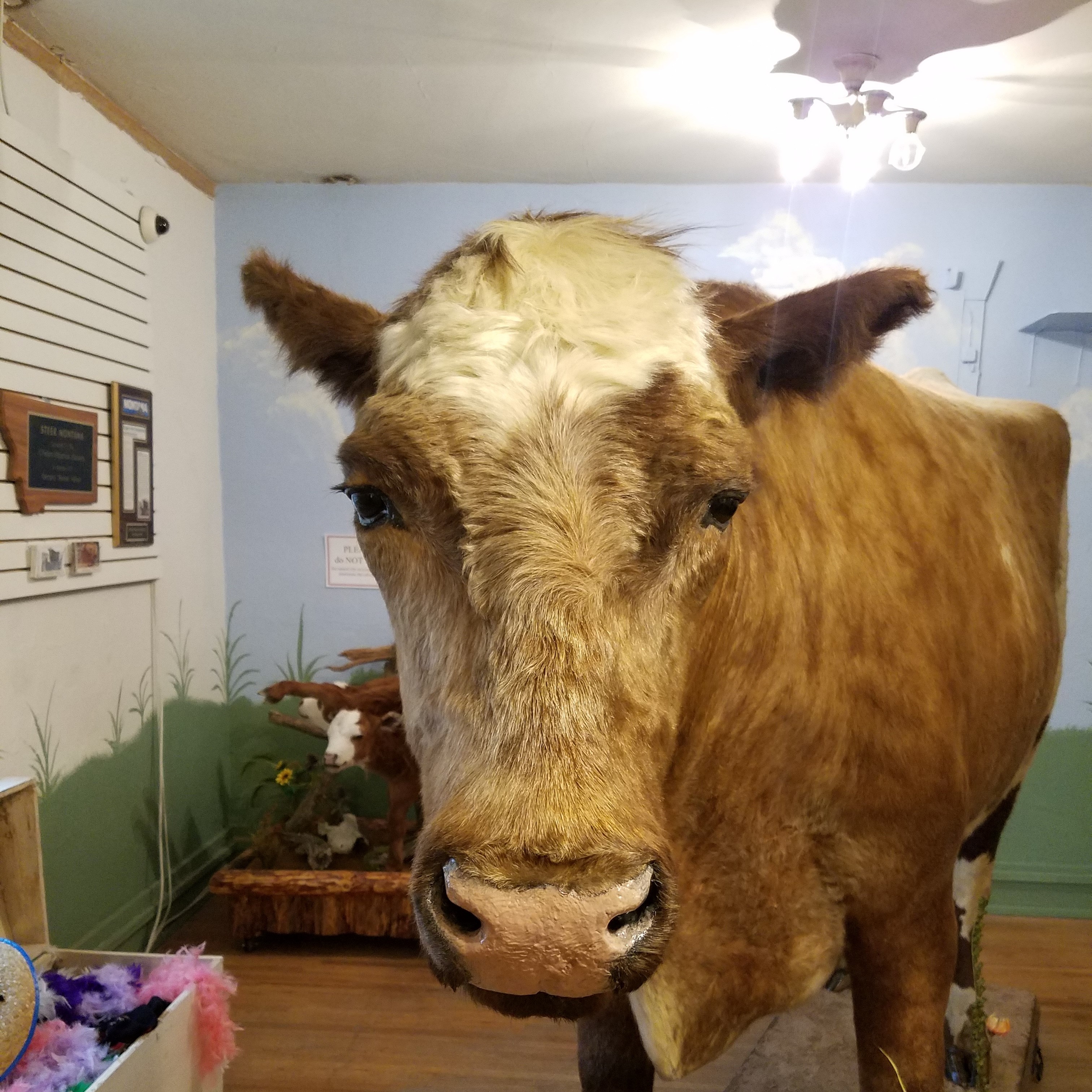 Check out our other Exhibits

What people are saying about us...